How do you measure your eye pressure with an Icare tonometer while lying down?
3
Entering edit mode

Is there a way to use the iCare HOME tonometer to measure your IOP while lying down? I tried it but it didn’t seem to work (and I did magnetize the probe of course). I thought I saw something in the FitEyes forum where someone said they had “tricked” the device or figured out a way to measure their IOP lying down. Do you know if this is possible?

Yes, you can measure your intraocular pressure with an Icare HOME tonometer while lying down. While lying down, turn your head toward the side and measure like normal.

Stated another way: When lying down, instead of looking at the ceiling, you would look toward the side wall; the probe will travel horizontally, along the same path (relative to the Earth) as when you measure in the seated position.

Make sure the probe is horizontal when you are lying down. Vertical will not work. The Icare PRO models can take measurements vertically, but the Icare HOME cannot. However, this simple work-around solves that.

Here are some manipulated images to help make the technique clear. For reference, here is how you align the tonometer while seated: 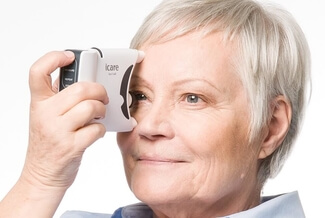 To take a measurement with the Icare HOME while lying down, you position the tonometer against your face exactly the same way. The supports touch your face in the same spots as if you were seated. You are simply on your side. 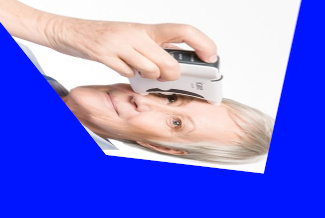 Here's another rotated image to show the concept: 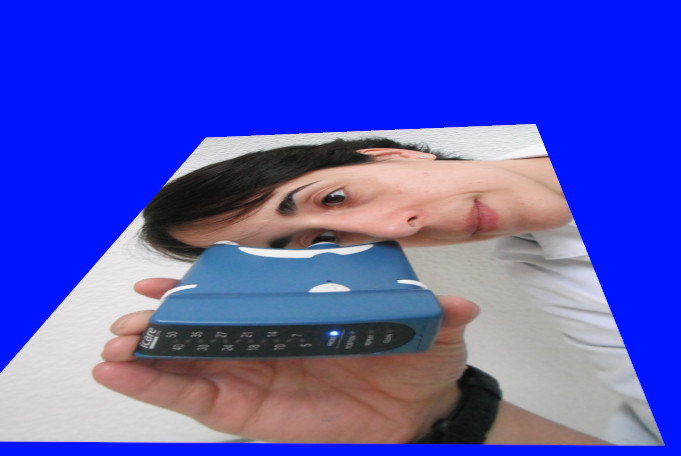 Even the act of turning your head or rolling onto your side will very slightly change your IOP. But those changes are inconsequential. However, if you sit up, your IOP will immediately change by a significant amount.

You should expect higher IOP of 5 mmHg or a little more when lying down. Everyone has higher IOP while lying down, including people without glaucoma. Compare apples to apples. Do not compare your lying down IOP to your in-office seated IOP targets.

Regarding the image blow, do not measure IOP this way with an Icare HOME. The PRO models can measure like that, but the Icare HOME cannot. 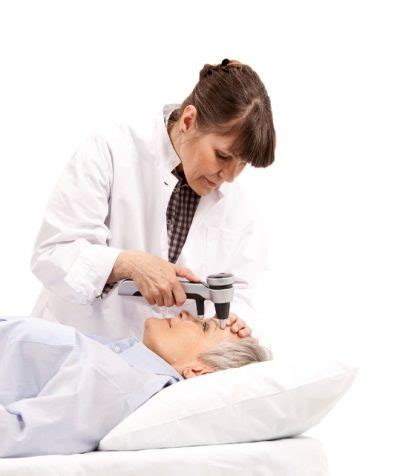